Posted by Unknown Posted on 11:01 PM
It was the best of times. It was the worst of times. (Sort of like today's world happenings.) But this is the tale of 3 kitties - Mandy and Ivann's kitties who live in Washington, not France...........

Princess is the queen bee around the ol' homestead. She loves the other kitties, but will reprimand them if they get too close, eat too much, or take too long at the water bowl. She lives for bedtime. After sunset, she hangs around on the stairs waiting for the first soul to venture up into her territory - the second floor bedrooms. The first person to go upstairs sends her running up meowing and wiggling her tail. When she gets excited she will roll back and forth on her back, alternately licking each front paw. She is definitely Mandy's cat and will sleep curled up under her Momma's chin. She also cannot stand Ivann - the kitties' dada - and has been known to pee on him when she is upset. :-) She is very petite and apparently her brain is comparably small because she seems to be the dumbest of the three cats, unable to learn anything new. She still cannot figure out how to get through raccoon-proof cat door, even though the two others have adapted completely. It's electronic and activates with an RFID tag on each of the cat collars. The door was a necessity when a raccoon took up residence in the house and could be seen exiting the house every time they pulled into the drive way. 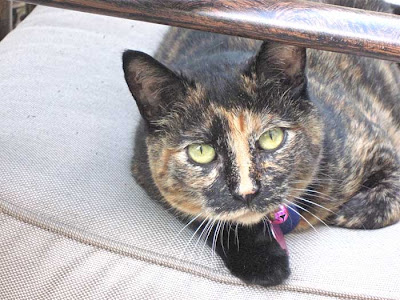 Hugs is the large alpha male and lost his brother, Tugs, in February. He misses his brother terribly but is recovering nicely even though he is outnumbered by the feminine felines now. I think the men reading this can understand. He is usually very docile, but tends to fall asleep in heavily trafficked areas with his large orange belly exposed. He lives for food and will beg as if his life depends on it. He will eat nearly anything you give him, including wasabi, nuts and curried green beans. When Hugs wants love he can be quite demanding and will grab your hand to pull it to his head. He's very loyal and has earned the name "loyal pup" because he comes outside every time the garage door opens to welcome his parents home. 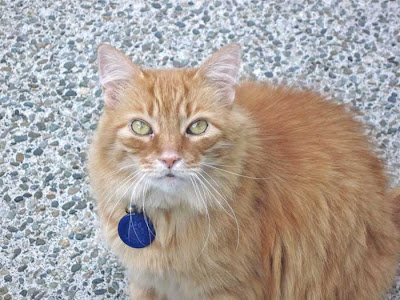 And Monkey. Monkey earned her name because of her freakishly long tail and toes which she stretches out while she sleeps. Actually, her front legs are stretched out and her head lies on the the legs. Princess and Monkey are sisters, but Monkey is much more of a tomboy. She is over confident with her abilities and will often attempt clumsy leaps and jumps that end miserably with her landing in water, knocking over vases, or falling down quite embarrassed. But she only remains embarrassed shortly before she is strutting her stuff around the house again. Since Princess can't stand Ivann, Monkey makes up for it by being completely infatuated with him. She follows him around on the kitchen counters while he cooks and will attempt to jump on his shoulder if he stands in the same place too long. This has caused holes in countless shirts, see clumsy comment above. :-) 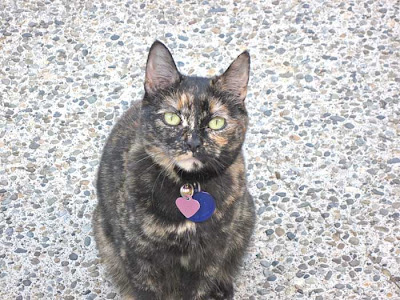 Needless to say they go wild and crazy over catnip. They'll even stay in the rain and roll in it. Funny to watch! 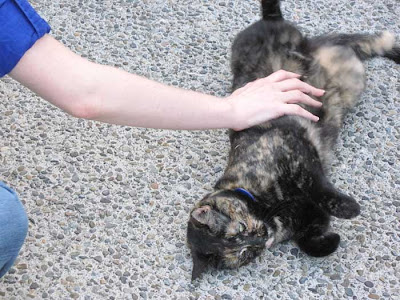 Uhhhh, excuse me, I'm trying to be a lounge lizard here. Do you mind? 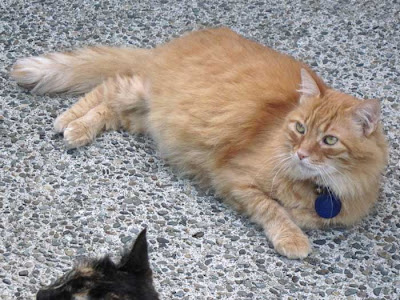 Oooh, ahhhh, yessssssss, chuckles under the chin, especially when you have treats for me - something like "Friskie Whiskas" or some such name. 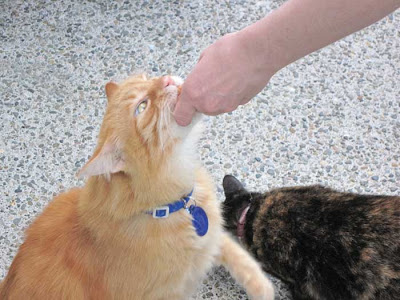 Momma, you're ignoring me for that silly monkey! 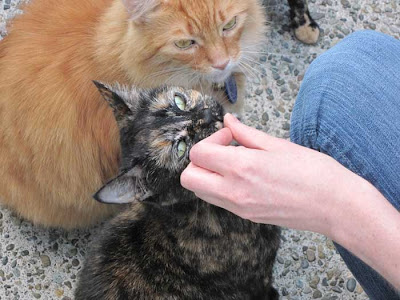 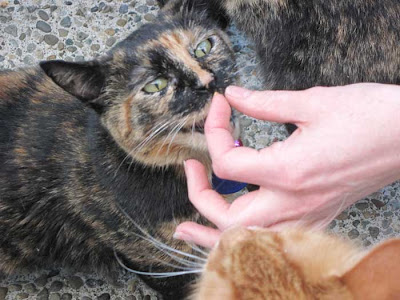 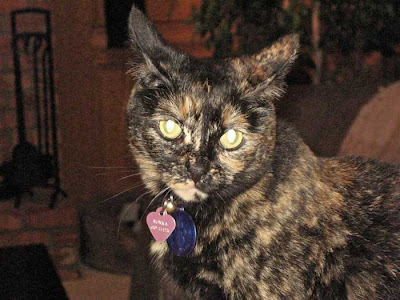 This is the kitties' "Momma" - Mandy, who contributed greatly to this "Tail"! 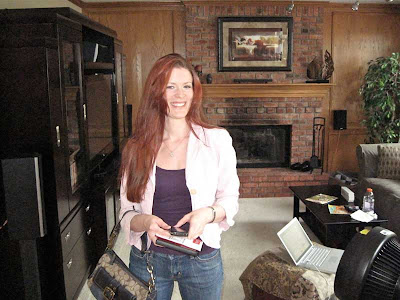