Never Go to a Ward Camp Out!

Posted by Unknown Posted on 11:01 PM
Since some of you might have missed this post I'm going to add it a few times to the beginning of some of my posts so I can get the word out. If any of you want to publicize this fact then be my guest in using these instructions or sending bloggers here to learn how to do this. I would love to be able to answer questions bloggers ask me by just clicking on their emails and returning it.
~*~
Okay, he did it again! As I've said he is always trying to get me to love camping and trying to drag me into the wilds of Idaho, but I wasn't tricked this time, chicks. Yep, here's the story this time. 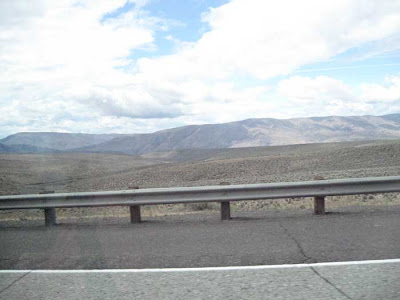 Our church ward was having a camp out. Instructions were given and it was a place over in Oregon just a short (is it ever short?) ways from our town. I had a set of instructions given to me in church on this particular sunday for the camp out the following friday night to return saturday. Love Bunny went on ahead of me, called me from his cell phone and told me what exit to take on the freeway. Got it and away I went later in the afternoon. 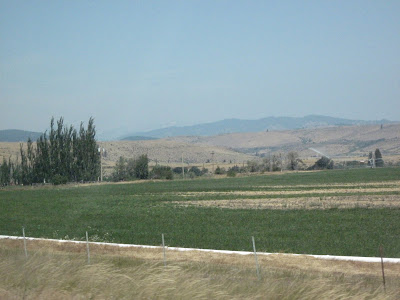 I finally got everything done I wanted to do and set out. I got off the freeway, followed all the instructions explicitly and that was no easy task as the roads went on and on and on until the next to final turn off. The instructions said to go 3.6 miles and turn turn on a road to the reservoir. At 3.6 miles there was a huge corn field and no road. I went a bit further since not all car odometers read the same. At 5.1 miles I figured "that's it"! I tried getting hubs on the cell but of course there was no service out in the middle of nowhere. I turned around until I got cell service but couldn't get through to him. Noooooo, there were absolutely no houses around there that I would want to stop at or even feel safe stopping to ask for directions. Sooooo, I went home. BUT when I got to one turn off to retrace my steps I realized where I was and it was just a little bit down the road from our town. Yes! They have me go 30 minutes and several miles out of the way. I could have been there in 1/2 the time had I known to use a road just down the street from us about 4 miles. I was royally miffed. I was concerned that hubs would wonder what happened to me because I told him I'd be there in the afternoon.

Well, when he came home I jumped on him immediately and asked him did he realize the instructions took us way out of the way coming from where we were. He said yep. But he also said if I had gone a bit further and turned left I would have come to the spot (not 3.6 but more than 5 miles!) and then I would have been really confused because where they said to "turn left" should have been "turn right." Turning left would have put me in a canyon with no place to turn around. I told him that is the absolute last ward camp out I go to......uhhhh, well, attempt to go to. No more. That's it. Don't people check directions before sending a church group out to get lost in the wilds? Apparently NOT.