Visbeen Associates has expanded again! We now have a sister company called Visbeen Homes, which will be creating entirely new spec home plans. Angela Mulder's role with Visbeen Associates has expanded to include sales and marketing for this new company - congratulations, Angela! We have also added a new staff member, Ryan La Haie.
Originally from Northern Michigan, Ryan La Haie received his Bachelor’s degree in Architecture from Lawrence Technological University. For the past ten years, he has worked in Computer Aided design and drafting of construction drawings for firms in Eastern Michigan. Ryan will continue his expertise in this area as a designer for Visbeen Homes and will soon be able to add “licensed architect” to his title.

Ryan recently relocated from Bloomfield Hills to make Grand Rapids his permanent home. Outside of work, he enjoys playing sports and is an avid outdoorsman, taking part in activities like snowmobiling and hunting. 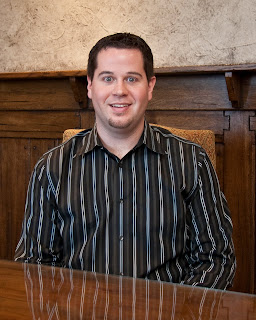 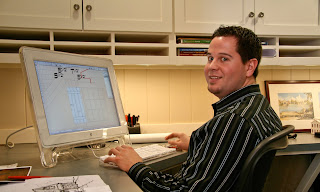