Posted by Unknown Posted on 8:00 AM
The Victorian Style is defined as "a style of architecture used in Britain during the reign of Queen Victoria from roughly 1840 to 1900, characterized by massive construction and elaborate ornamentation." The architecture of this era was considered to be a new kind of modernism, which is why it had such instant popularity. People were tired of simplistic residential designs of the past, so the highly decorative features of this era fulfilled their new found love for exquisite design.
This style is a complex topic because it includes several styles, each with their own distinctive characteristics. Here are just a few of the styles that were conceived in the Victorian Era and their main features:
Pictured below are some recognizable designs in the US from the Victorian Era.... 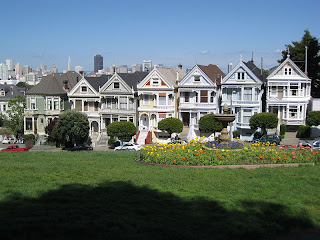 The "Painted Ladies" in San Francisco, CA. I'm sure all of you Full House fans recognize these architectural gems! 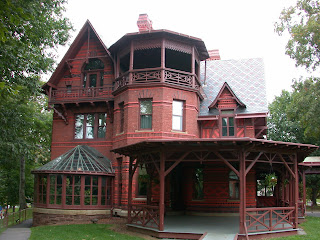 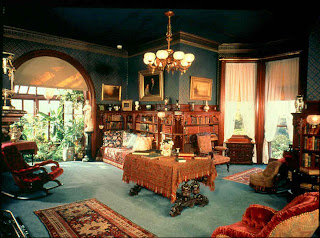 Mark Twain's Library/Conservatory - while residing in this Victorian-style home, he wrote some of his more famous works including The Adventures of Huckleberry Finn, The Prince and The Pauper, and
A Connecticut Yankee in King Aurthur's Court.
Twain said, "To us, our house had a heart, and a soul, and eyes to see us with; and approvals and solicitudes and deep sympathies; it was of us, and we were in its confidence and live in its grace and in the peace of its benediction." 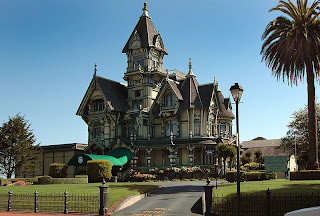 Carson Mansion in Eureka, CA - one of the most written about and photographed Victorian Homes, designed by Samuel & Joseph Newsom which took 100+ men over two years to construct
The Victorian Era has inspired Visbeen Associates' designs, so here are a few of our Victorian homes.... 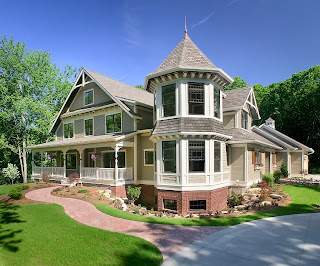 The Belmont features all the charm of a bygone era combined with the conveniences of modern life. 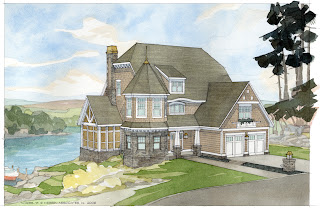 Echoes of the 19th-century Queen Anne style give this spacious four-bedroom, four-and-a-half bath home called the Brindley its nostalgic charm. 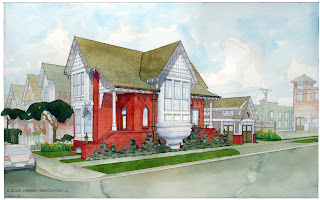 Traditional trusses, brick accents and large bay windows give it plenty of character outside to this compact, yet charming Queen Anne style cottage
Located in the city of Montegue, MI on White Lake, Ravenswood Resort will be a community of custom designed waterfront homes. We have a vision of the homes being designed in the Victorian style, so here are a few of the conceptual images we developed for this project. 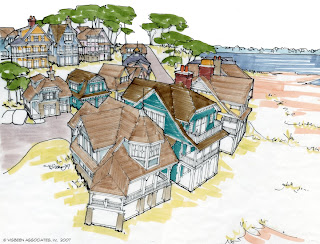 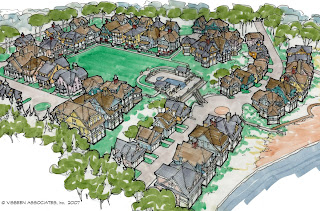 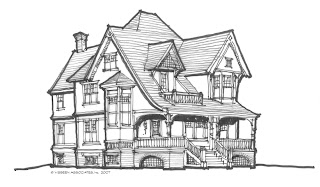 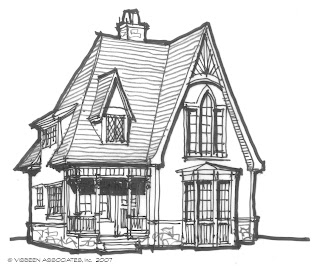 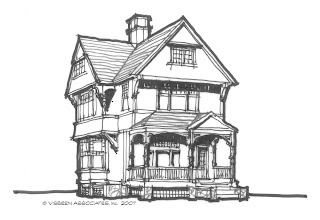 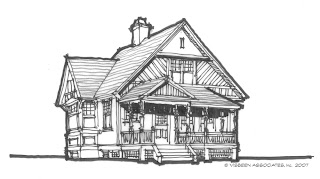