Posted by Unknown Posted on 10:07 AM
Remember the building on 2 E. Fulton St that was blogged about a month or so ago? The one David Lorenz from Visbeen Associates designed concepts for and submitted as a piece to vote for during ArtPrize? Here's a quick refresher. Recently, the 2 E. Fulton St building (and its renderings) was discussed in the Grand Rapids Business Journal, which announced that this city "eyesore" will finally be renovated by Locus Development. Vacant since 1998, Locus Development will be investing $4.5 million into "historically redeveloping" this building.
While they are not giving out too much information just yet as to which business specifically will be occupying the space, John Green and Andy Winkle of Locus Development did reveal that the top floor will be occupied by an office tenant, and the ground floor will be a new restaurant. What type of restaurant is coming has yet to be said, but Green did say we do not have "this type" of eatery yet in Grand Rapids.
Green stated that he hopes for construction to begin near the end of the first quarter of 2012 and have the work finished before ArtPrize starts up again in September. 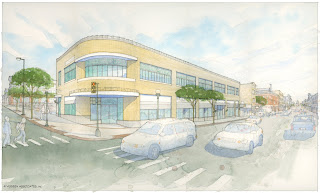 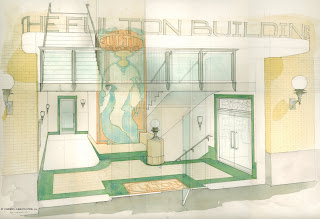